Long tail win – the challenge of small suppliers in SCF

Ultimately, using differences in power or knowledge to push a large group of small suppliers into a programme might be surely tempting, from a buyer perspective. In the long term it will cause ripples in the relationship and, ultimately, might cause more harm than good.

The current macro-economical situation presents remarkable similarities with the aftermath of the global financial crisis (although we advocate for a different development). Recovering from a global pandemic, and with geopolitical tensions at a level unseen in recent decades, pressure on payment terms and liquidity shocks seem to be the norm again around the world. And again, Reverse Factoring (RF) is presented as a way to deal with the potential liquidity issues, especially for smaller suppliers. RF is currently the fastest growing segment in trade finance, according to McKinsey. However, many RF programmes target large suppliers, mostly those with the largest shares of buyers’ purchasing volumes. Small suppliers seem out of the picture and including them in programme seems to be a challenge. But it doesn’t have to be like that.

The core idea of Reverse Factoring is that suppliers can get paid in advance by a service provider directly after their buyers’ invoice approval, and buyers pay back the service provider at the original due date, or later. Suppliers receive cash early, and this could help buyers mitigate supply risk and improve supplier relationships. Service providers receive a fee, paid by the suppliers. However, costs of the fee are based on the creditworthiness of the (usually stronger) buyer, and are therefore lower in comparison to factoring or invoice discounting. Many buyers and service providers explain it as a ‘win-win-win’ situation. However, it’s a relatively well-known fact that most buyers look into RF for the possibility of extending payment terms with suppliers’ part of the programme, and that this is a paramount reason for them to offer RF to their suppliers, as well as an explanation for the reason why purchase volume is the best predictor of supplier involvement in programmes. That’s not wrong in itself. However, it means that suppliers have to carefully analyse the trade-off between early payment benefits and the fee they are charged.

How do SME suppliers respond to Reverse Factoring offers?

In a recent study we carried out across the Netherlands, we analsyed a set of RF offers from large buyers, and the response of their SME suppliers. The results showed that some suppliers presented apparently erratic behaviour, both accepting financially unattractive offers and rejecting financially attractive ones. This shows the response of suppliers depends on more than just the financial attractiveness of the RF offer. First of all, many suppliers experienced pressure from buyers to accept RF offers. In all cases a payment term extension was part of the RF offer, and many of the suppliers were given the choice to either accept an RF offer, or accept a longer payment term without RF. This group of suppliers still accepted RF even though costs were expected to be higher compared to the as-is situation. Second, many small suppliers lack knowledge about RF. In this case financially attractive offers could have been rejected, because suppliers didn’t understand the benefits and costs or simply because, like Star Wars characters, they ‘had a bad feeling about it’. Trust in the buyer, therefore, played a very important role in supplier responses.

Understanding the win for SME suppliers

The results also show that not only suppliers, but also buyers don’t always understand the win for their suppliers. Especially for the larger group of smaller suppliers, buyers are not always able to look at every separate supplier’s perspective in detail. Some of the buyers were convinced the solution would bring financial benefits to all of their suppliers, even though this is not always the case. The study shows three main insights. First of all, the costs of the discount, especially when coupled with payment term extensions, can be a big hurdle for suppliers, especially in low margin businesses. Second, many buyers assume that, for small suppliers, the cost of RF early payments are evaluated against other types of short-term, comparable, financing, such as invoice discounting or overdraft. However some of the suppliers in our sample, often family businesses, haven’t used loans and overdraft facilities for the past 10 years, rely on their own cash to finance working capital and, at least in the short term, do not face a substantial risk of cash shortages (and therefore have a rather low opportunity cost when assessing RF offers). Third, while invoice approval time is not part of RF contracts, it has a big effect on the financial benefits of RF for small suppliers. When buyers do not live up to verbally agreed upon invoice approval times it can result in suppliers overpaying for RF. All these components add up and might very well lead to losing trust in buyers.

The cost of RF for small suppliers and the impact of the RF discount (in especially lower margin businesses) is not to be underestimated. However, next to financial factors, trust and knowledge are equally important. Trust is influenced by communication. In many buyer organizations, there seems to be an internal misalignment on this aspect: while finance has a more ‘transactional’ perspective, purchasing managers and departments typically have a more ‘relational’ one. A relational approach increases trust. Ideally, the RF offer should be introduced and explained by someone that has a day-to-day relationship with the small suppliers, not by a new financial institution that the small suppliers did not have contact with previously. However, a relational approach is not all that there is to it. Many of the smaller suppliers parts of our research explain their dislike for the buyer’s lack of transparency, especially when buyers ‘sold’ the RF programme as a relation-building programme, but their key concern ended up being payment term extensions. As for knowledge, buyers can work with calculation tools and FAQ lists for suppliers who haven’t experienced RF before, but being open and available for questions, even to the smallest suppliers, is usually what does the trick.

Ultimately, using differences in power or knowledge to push a large group of small suppliers into a programme might be surely tempting, from a buyer perspective. In the long term it will cause ripples in the relationship and, ultimately, might cause more harm than good.

Our third white paper in the ESG series, focused on the “S” of Social inclusiveness in SCF, is due in June and will dive deep in these topics, including suppliers’ long term assessment of RF programme. Stay tuned! 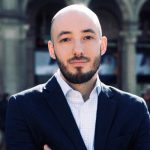 Researcher and Lecturer at Windesheim University of Applied Sciences