Summing up: A programme designed to free up cash for Distell’s international expansion while also recognising the funding needs of all its suppliers – regardless of their size.

What the judges said: “The testimonials are extraordinary, spanning from small communication agencies to large manufacturing organizations. The program took place in full alignment with strategic objectives of the business.”

Though strongly rooted in the South African market, the beverage producer Distell has become a global brand over the last 10 years. Its portfolio of products includes well-known names such as such as Amarula, Savanna, and Hunter’s Dry.

With the aim of strengthening its global position, the company decided to make increasing payment terms a strategic goal. Distell wanted to remain competitive and free up cash needed to fund international growth. Yet, simultaneously it wanted to minimise the impact of this decision on its suppliers.

Distell opted to partner with South Africa’s Addendum Financial Technologies, with a funding partner, to implement a supply chain finance programme. It had one key requirement – that the programme be offered to all its suppliers regardless of their size and that financing would be provided at the same competitive rates.

Within a year of setting up the programme, the SCF solution was available to all 1,600 suppliers from large multinationals to small businesses with just over 100 employees.

The platform has allowed Distell to free up liquidity and make a tangible improvement to its working capital position, while its suppliers have greater visibility on their approved invoices and the option to sell an invoice early to obtain an injection of funding as and when needed.

This is often helpful for SMEs in need of early payment to support their working capital needs as well as fund their own growth plans.

Suppliers have welcomed the programme, praising the ease of use regarding the platform, the help provided by Addendum staff with the on-boarding process, and the ability to access working capital quickly.

The programme was fully automated from the start which allowed Distell to scale the solution to all its suppliers over the course of a year. The platform has enabled Distell to streamline its accounts payable processes to just one single payment run per month.

Suppliers who joined the programme were given access to additional credit lines and the solution has eliminated the need for suppliers to buy credit insurance on Distell invoices.

The on-boarding tool is cloud-based which adds a further layer of transparency, reduces the risk of fraud and errors and minimises the extra work that more paper-based solutions often entail. OpenSCI was set up to interface with Distell’s existing ERP system, where invoice data could be extracted and loaded directly onto the OpenSCI platform. 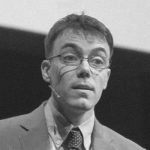