Michiel Steeman explains how big data and future receivables, appear to be the new path along which most SCF programmes will be based in the near future. Greensill showed the importance of a well- structured finance programme. But it also reaffirmed that more platforms will be based on future receivables, largely dependent on machine learning. Thus, resulting in data driven financing and a large scale upheaval within the FinTech space.

It all starts with understanding how working capital is typically financed by companies. Many different types of solutions exist with a variety of names: factoring, invoice discounting, reversed factoring, receivable financing, borrowing base lending, confirming, payable financing, and so on.

However, it is the unpaid invoice that is generally the secure basis for all these solutions. Such invoices are typically short term (<90 days), based on completed deliveries and often well covered by credit insurance against customer default.

The supplier centric solutions such as factoring have been around for a long time. Financiers typically rely on information from the suppliers. They would of course look at the financial strength of the supplier and the buyer and, in addition, would typically need to assess (1) the validity of the invoice and (2) the potential dispute or performance risk. This requires continuous due diligence including reaching out to the buyers to verify the unpaid invoices.

Buyer centric solutions such as reverse factoring have developed in the past decades. Here, financiers typically rely on information from buyers only. Much simpler as strong buyers typically have no issues confirming the validity of invoices received. Much safer for financiers because the dispute or performance risk of the underlying business transaction is no longer there. Creditworthy buyers simply confirm their commitment to pay to the financier. At the basis is still the actual invoice.

Many buyers work with suppliers on a recurring basis and continuously place orders for goods and services. This allows financiers to ‘predict’ the suppliers’ next invoice. And here starts the idea of the future receivable. If we know with some certainty that the invoice will materialize the financier might as well advance already based on its expected value: the future receivable.

Greensill took the idea of the future receivable a step further. Looking at longer term purchase contracts or off-take agreement one could actually predict the future receivables for next year, five years or twenty years from now. One could advance loans based on all of these future receivables. This does however create a long term dependency on both the performance of the supplier and the credit worthiness of the buyer: performance and dispute risks are not negligible any more. Insurance companies then come on board to mitigate those risks. This financing structure itself is perfectly valid if structured properly and with the right counterparts. And it is nothing new in the world of infrastructure or project finance. But then Greensill became overly reliant on these longer term structures with only a few large buyers. And as we all know now, that did not turn out well.

But the fact that Greensill ended up with the wrong clients is not the most important learning. The most important take away, for the future and  certainly for regulators, is the strong trend towards financing based on future receivables. Financing based on predicted cashflows. And thus financing based on data and predictive data-models. This means we enter into the world of machine learning and artificial intelligence. New techniques that will be unleashed on data that is generated by the platform economy, by supply chains, by the internet of things. This is the reason Greensill employed machine learning specialists and data scientists. This is the real reason why Son and his Vision fund was so interested in Greensill. This was the fintech side of Greensill.

Greensill took the wrong path with long-term structured finance. However, the demise of Greensill will not slow down the trend towards data-driven financing. Certainly not mature yet. No doubt though that Big Data and the future receivable will shape the future of supply chain finance. 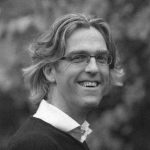