The financial and economic implications are severe for the Russian economy and despite the difficulties of sorting through the massive informational warfare we are starting to see signs of the effects of the financial warfare.

The Russian war against Ukraine is nothing short of a humanitarian catastrophe and one of the most important geopolitical events since World War II. The response to the invasion of Ukraine is an almost complete financial lock-down of Russia by the targeted sanctions such as the freezing of the Russian Central bank foreign assets, exclusion of several Russian banks from Swift, and the gradual shutdown of foreign business operations.

The financial and economic implications are severe for the Russian economy and despite the difficulties of sorting through the massive informational warfare we are starting to see signs of the effects of the financial warfare. There are at least four implications with a direct impact on supply chain finance that I would like to address here.

The first impact, Russia and Ukraine are global suppliers of energy, raw materials, and agricultural products. These are all products that traditionally benefit extensively from traditional supply chain finance programs such as reverse factoring. These are also typical products that enter supply networks at the upper tiers of European and US large corporates. This means that while only a small fraction of these large corporates have direct supplier links to Russian and Ukrainian suppliers, a much larger share has indirect relations through suppliers of suppliers at the second and third tiers of their supply chain. As such supply chain disruption risk has increased substantially at a stage where many supply networks had already been stressed due to the Covid19 pandemic.

The second impact, as trade linkages between Russia and China, are far from transparent and the massive SCF market in China in combination with the Belt and Road initiative, now into its ninth year since it was announced, means that the risk of financial contagion between Russia and China is substantial. The role of Swift in this delicate balance should not be underestimated. Swift works as a secure messaging service between financial institutions and is a fundamental pillar of the financial infrastructure for trade. The ban of Russian banks from Swift means that traditional trade finance instruments such as a letter of credit and other forms of bank guarantees are no longer available (or only available at a very high cost). Adding the fact that the Russian Rubel is in freefall means that doing business with Russian firms comes at very high risk and price.

The third impact, as most of us, remember the NotPetya cyber-attack on Ukraine and its implications for global trade with estimated losses for large shipping organizations such as Maersk, Merck, and FedEx at more than $7 billion. The utilization of financial mechanisms to disrupt Russia means that the risk of new cyber incidents specifically targeting the financial system has increased substantially. Banks and third-party SCF providers need to carefully monitor their SCF platforms to ensure that these do not offer a means through which malicious code can spread through the system.

The fourth impact, as inflation was rising even before the Russian invasion of Ukraine and with the exclusion of two of the largest providers of energy, raw materials, and agricultural products, inflationary pressure will most likely continue to be high for the foreseeable future. While European economies might be hesitant to start increasing interest rates, other countries including the US is probably less so. This means that traditional SCF products such as reverse factoring might become more interesting from a pure interest rate perspective. Large corporates and their financial service providers should closely monitor how these tools evolve over the coming months to ensure that they remain safe and useful for managing the supply chain financial flow.

The Russian invasion of Ukraine is the second large-scale disaster that the world is witnessing in just a few years. During Covid-19 we saw locking borders and country-level policies surpassing international agreements and collaboration. Europe now has an opportunity to unite in our support against human suffering and for human integration. Trade is fundamental for such integration and supply chain finance is indeed a vehicle to support trade and collaboration. We hope that the Supply Chain Finance stakeholders can come together to provide relevant support during such troubled times. As Supply Chain Finance Community, we will continue to offer our best advice on how to manage supply chain financial flows through these terrible events. 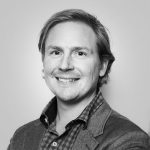 Viktor Elliot is a researcher at the school of Business, Economics & Law at the University of Gothenburg. Focusing on practice-based research within management accounting and finance, he is currently involved in a multidisciplinary research project on Supply Chain Finance. Viktor has a wide network in Swedish banks and large corporates and he is also an active member of the Supply Chain Finance Community.